You Can't See Inside Of Me

by What Cheer? Brigade 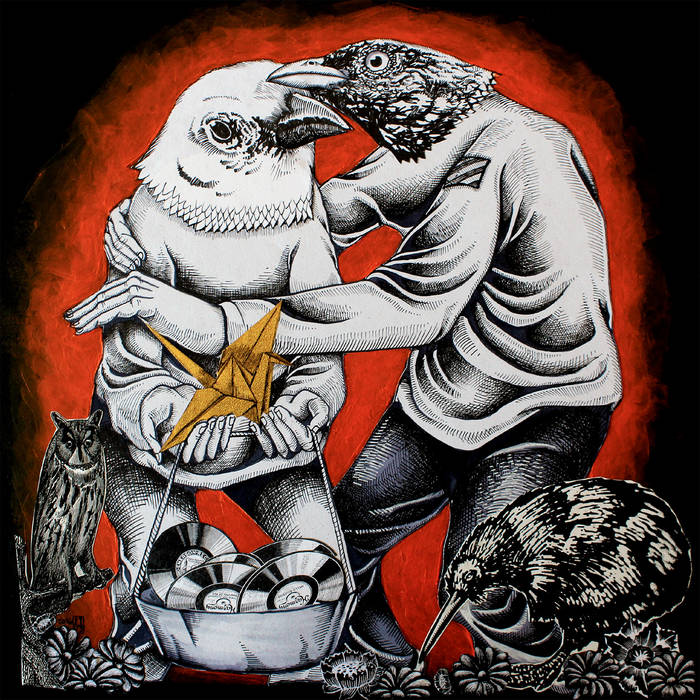 Gomi Fire Phenomenal album through and through. "You don’t want to go to War" brings me to tears EVERY damn time. Favorite track: You Don't Want To Go To War.

You Can’t See Inside of Me is the third full-length album by Providence, RI brass ensemble What Cheer? Brigade. Out June 16th on Don Giovanni Records, it’s a double CD set featuring 11 of the band’s original arrangements plus a second disc of remixes by Moor Mother, Malportado Kids, Javelin, and others. The album captures the diversity of the band’s repertoire, drawing material primarily from Balkan and other Eastern European traditions.

Formed in 2005, What Cheer is the product of two distinct scenes. On one hand, it belongs to a community of brass bands that formed over the past decade, inspired by ensembles like Seattle’s Infernal Noise Brigade and San Francisco’s Extra Action Marching Band–groups who approached brass music as part political action and part performance art.

At the same time, What Cheer has roots in the Providence DIY punk and experimental music community, which has deeply informed the ensemble’s aesthetics, its approach to touring, and volume. “When we were starting the band, the scene was so heavily noise-driven, it was hard to be taken seriously as a band unless you were really loud and had a ton of amps,” explains tuba player and founding member Daniel Schleifer (who, up until recently, played bass in Downtown Boys). “We wound up being this super loud party band that was unique… we could play wherever, because we didn’t have to depend on electricity.”

A 20-piece band can be challenging to record. Until now, the group has chosen to record live or using modest resources. However, for You Can’t See Inside of Me, What Cheer fully embraced the recording studio, spending 10 days tracking at Machines With Magnets in Pawtucket, RI. The studio’s multiple rooms allowed the group to capture their music in detail–recording drums and low-frequency instruments in isolation and gradually layering on additional sections and players. The result offers a clearer picture of What Cheer? Brigade’s sound, while the isolated tracks also presented a new opportunity for the band to collaborate with peers in the form of dynamic remixes.

What Cheer energizes audiences through loud dance music, whether at a DIY venue, a concert hall, or a political rally. The band's mission is to break down barriers between audience and performer, expose musical forms unrepresented in mainstream culture, and to make traditional instruments relevant to young, diverse audiences.

Bandcamp Daily  your guide to the world of Bandcamp